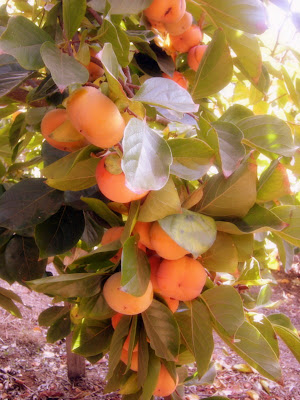 This weekend has been marked on my calendar since August, when a farm in Fallbrook took out a notice on Craigslist to let everyone know that persimmon picking would begin the first full weekend in November.

That weekend finally arrived, along with an email invitation to former customers of Little Quail Ranch deep in Valley Center, where we set out Saturday morning. The timing worked well for me because I’d decided to take the day off from our half marathon training program to ditch some e-waste at our suburb’s annual recycling event. It’s usually full by mid-morning, but as a sign of the times, there was still plenty of trash truck space at all the recycling stations by 9 a.m. People are indeed holding on to their stuff now, which is probably just as good for the environment.

From there we drove up to northern San Diego County, though my husband did so under duress. It’s college football season, after all.

To win him over, I repeatedly vowed to be quick and to not go over budget, and I kept that promise, though at only $1.25 a pound (a dollar less than currently in supermarkets), it was hard to stick with just 10 pounds’ worth. The place was packed just an hour into opening day, with families and couples coming from all over the region to snip off all that firm orange fruit from row upon row of trees. As we were getting our loot weighed, cars were being turned away due to lack of parking.

This is as close as it comes for San Diegans who can’t indulge in fall apple picking like you folks way up north. And just so you know, there are two popular types of persimmons in the USA, fuyu (shown here) and the heart-shaped hachiya. Both are high in glucose and come in at 100 to 150 calories per fruit. Last year we bought hachiya variety at a farm stand near Marysville, Calif., over Thanksgiving weekend, forgetting the cardinal rule for that highly astringent variety. Trust me, when you bite into an under-ripe hachiya, you don’t forget it. 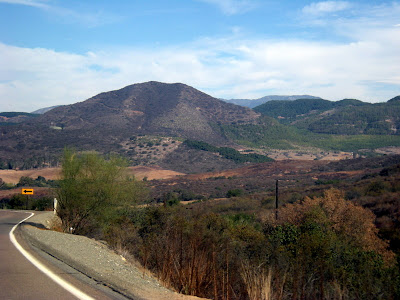 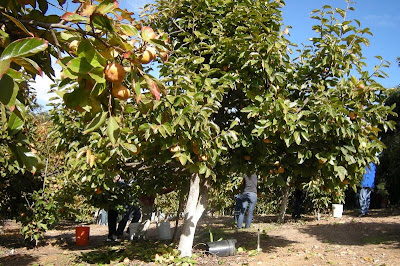 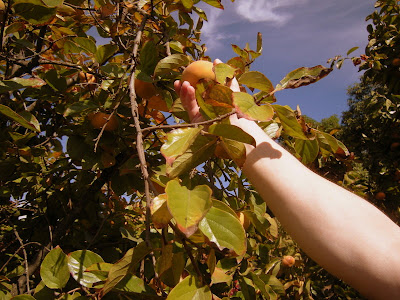 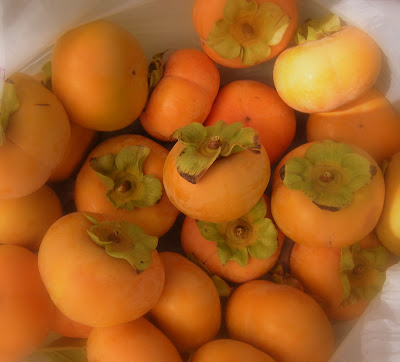 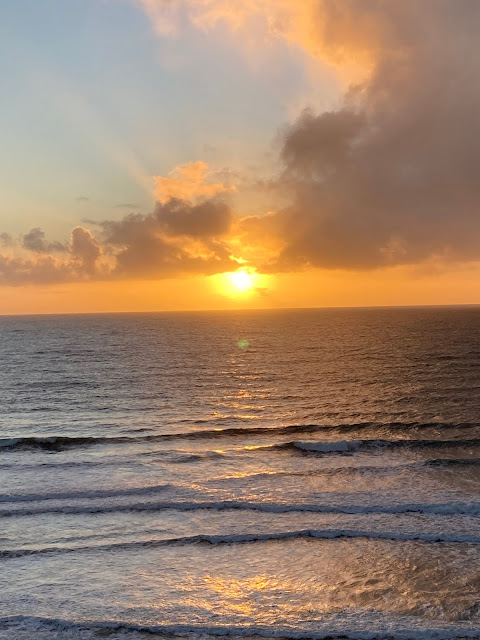 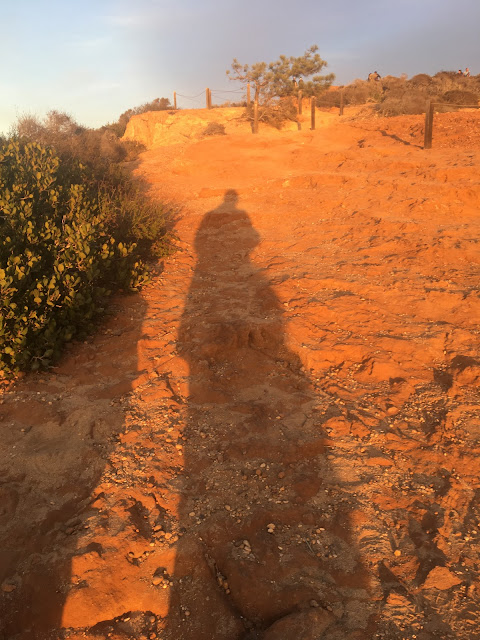 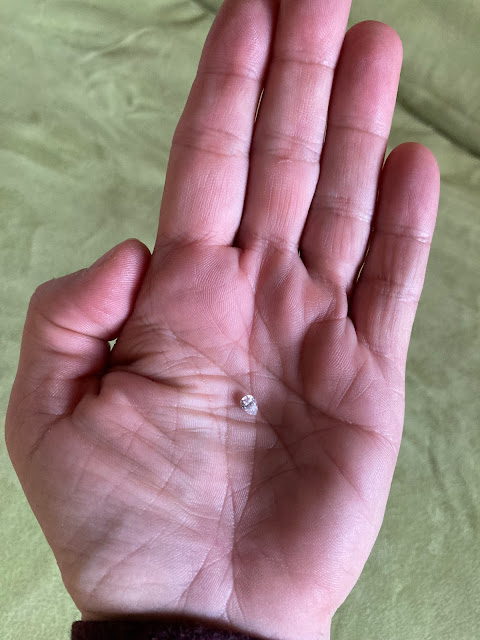