Showing posts from April, 2019
Show all

A Step Up from the Usual Exercise Routine 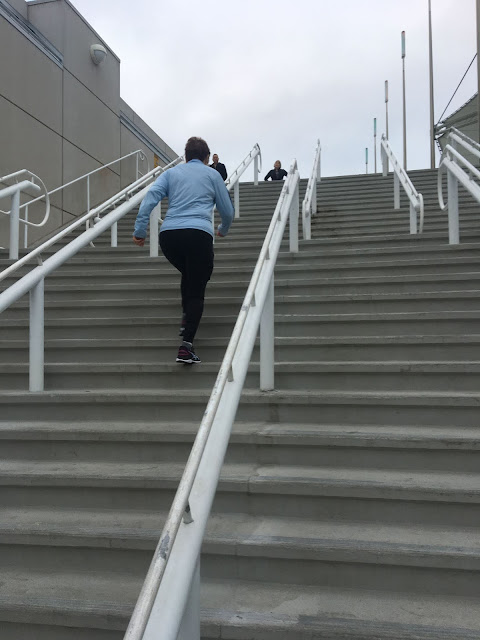 Deborah is beating me! (And Diane's already finished.) Every now and then I like to mix it up. I am not one for the Stairmaster, but with hiking season well underway, I needed to get in a good leg workout. So I convinced some friends to join me this morning to do repeats on the San Diego Convention Center stairs .  There are 100 of them to get to a platform with stunning views of the bay, Coronado bridge and Embarcadero Park, home in the summers to the San Diego Pops outdoor concerts . Facing the other way are stunning views of downtown. During weekday afternoons, you’ll see people going up and down the stairs doing repeats. And then you’ll see tourists giving these stair-runners a strange look. Whether you walk slowing or try to run up them, your quads and calves will be angry with you for a little while. We went when it was cool and uncrowded, as in 6:30 a.m. If you chose to go later, bring water. You’ll need it. View at the top of the stairs I didn’t do
Read more

Tips for Taking in the LA Festival of Books 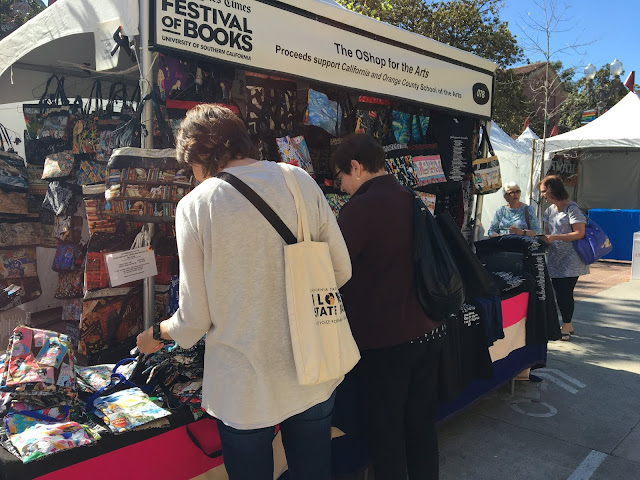 One of my favorite annual events is driving up to the formerly known SouthCentral LA and joining hundreds of thousands of other book lovers at the LA Times' Festival of Books. It used to be held at UCLA and now takes place at USC, and, yes, there were plenty of jokes at actress Lori Loughlin's expense but I don't think she was on campus to hear them. Almost every one of us as kids soak up as many books as we can and at one point want to be librarians or independent bookstore owners just so we can surround ourselves with the objects of our affection. Then we grow up and become something else. But the love of books remains. So, fortunately, does this April festival that features excellent authors discussing craft and content. And so many vendors it's overwhelming. That's to be expected for what is now the country's largest book festival. Here are some tips for how to make the most of the two-day festival . Getting there I admit I liked when the fest
Read more 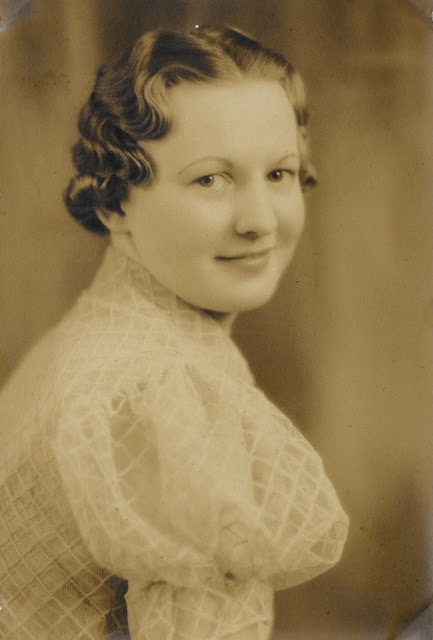 We tend to take photos for granted now that pretty much everyone I know has access to a digital camera, either theirs or someone else's. Sometimes I miss film cameras, not just for the quality, but for the mystery of the images a solid 35mm camera could produce. There's no mystery now. Just plenty of do-overs and flattering filters. There was a time not long ago when professional portraits were far more precious. Take this photo of my grandmother in 1937. I'm pretty sure this was taken for her wedding because she and my grandfather were still coming out of a brutal Depression and dirt poor. They would never splurge on such a luxury. I am, however, so glad someone did. The photo is as well preserved as she is. Happy 105th birthday today, Grandma! UPDATE: My grandmother passed away on May 8, 2019. She'd reached her finish line.
Read more
More posts