Showing posts from August, 2012
Show all

Stop Looking at the Clock 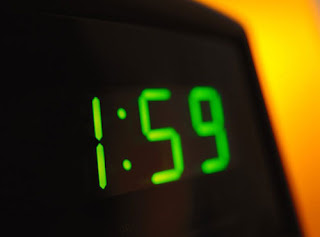 One of the things I really like about the group I now run with on weekends is they are punctual. We start early, and we start on time. With my other training group, we started an hour later and still people would show up really, really late. These late-comers tended to be younger, though not always. In listening to an NPR report earlier this week, I think maybe now I know at least one reason why these groups are so different. Members of my current running/walking group are all middle-aged; the other group had a lot of 20- and 30-somethings, and they operate on a different circadian rhythm. You see, as we age, our bodies still require the same amount of sleep but not necessarily at the same time. Our circadian rhythm is triggered by a natural fall and rise in body temperature. When we are younger, the core drops later in the evening but doesn't rise until later in the morning -- thus, as teenagers, college students and young adults, we tend to stay up late and sleep in on wee
Read more

Alone in the Pack

- August 26, 2012
I was midway through this morning's run when I stopped at a hillside park to get a drink from the water fountain. I saw a group of dogs sprint from their elder owners toward me. Initially, I thought nothing of it because it's a public park and surely these people wouldn't allow vicious animals to run loose. But, you see, dogs behave differently in packs. Especially when a heavy-breathing, sweaty stranger enters their realm. One dog in particular named Charlie seemed to lead the charge and next thing I know I was surrounded by a couple of labs and three mixed breeds, none wagging tails and Charlie bearing teeth. Two were younger and didn't seem to know quite what to do or where to go, but they were mesmerized by Charlie's territorialism -- so was I. I tried to walk but the pack just tightened in on me. So I looked up, pretending not to be scared and could tell the group of five people were realizing this wasn't a friendly encounter. That's how I know th
Read more

A Regular Runner ... Sort Of 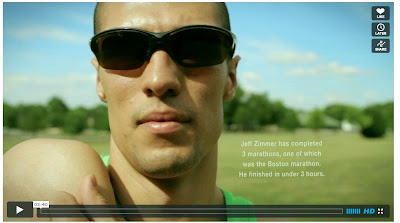 The creator of this short film about a marathon runner from Tennessee asked if I'd check it out and blog about it. I like it. I like the way it's shot. I like the guy who is profiled. He doesn't do anything fancy or special or endorse a certain diet or lifestyle. He just likes to run, and apparently very fast. Thanks, Page. Great work. (What's not so great is broken code that won't allow me to embed the video. I tried and tried and couldn't get it to work, so I'm just including a link to the documentary instead.)
Read more 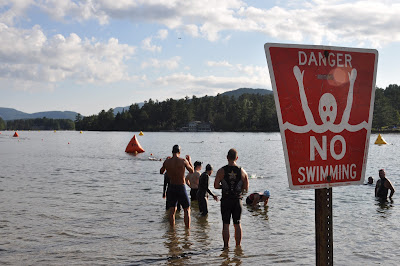 Photo from Ironman Lake Placid courtesy of Louise R., who also has a great sense of humor.
Read more

Another Reason to Find a Running Partner

- August 20, 2012
We all know that running with someone else can improve our pace, our spirits and our distances. But here's another reason: it really improves your mind. At a workshop last week, a national expert in dementia care urged everyone to engage in healthy lifestyle choices now to reduce the risk of Alzheimer's and other types of memory impairment associated with aging, poor exercise, bad diet, stress, poor sleep habits and head injuries. (And even if she didn't mention it, there's now evidence forgetting to brush and floss teeth can contribute to the disease too .) It's also important to not socially isolate yourself since doing so can lead to "cognitive stagnation." That's why I'm recommending everyone occasionally team up with a running partner. When you carry on a conversation while running you engage the brain differently. -You take turns talking, which requires you to think before speaking. -You use decision making to decide together where
Read more

- August 18, 2012
It’s not your imagination that I’m not as chatty as I used to be – on this blog, your blog and email. Two things happened. My laptop that holds my RSS feeds is on its last breath. The battery died three years ago, and I never replaced it. Instead, I relied exclusively on electricity to keep it going. Then it started to send out small distress signals culminating in a keyboard FAIL. First the n and then k keys no longer work, which makes it difficult to blog or comment when you can’t use every letter in the alphabet. T hen our IT policy changed at work and I no longer do anything personal using company equipment – even on my lunch break. This means I can’t access my personal e-mail account, nor read or respond to running blogs. It took a week to get used to the new system, but then a funny thing happened. I became incredibly productive. Without the distractions, I could focus for longer stretches on tasks at hand.   I always thought I carefully managed my days, but I now realize
Read more 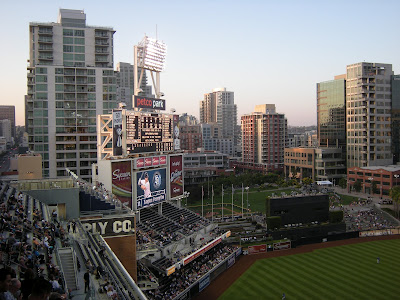 With Summer, There's the Rub

- August 12, 2012
The past week we've gotten a taste of what you who live outside southern California have been experiencing for months now: hot and humid running conditions. It's been a while since I've been soaked in sweat within minutes of launching into a run or had difficulty breathing in the ultra moist air. It's also been awhile since I've stepped into the shower post-run and winced in pain from the salt residue running into raw wounds created by friction between my body and clothing. Then I cringe when shampoo and body soap spills onto those sore spots, followed by gingerly drying certain areas and applying a little A&D ointment to jump-start the healing process. Chafing is common among athletes and particularly runners because of the rapid, repetitive motion over a sustained period. The risk of chafing skin raw increases with distance and is most prevalent in summer or running in rain. But we runners suffer year-round if the conditions are right. What are those con
Read more 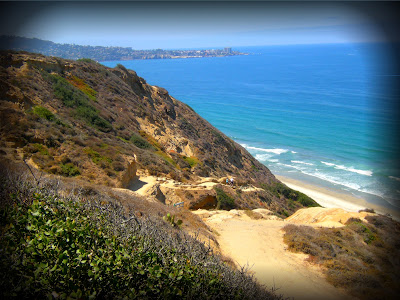 Entering Races With One Eye Closed

- August 06, 2012
I don't know about you, but when I'm considering entering a new race, especially if it's a trail race, one of the first things I do besides look at the price is to look at the results. I basically gauge from the results if it's a really hard course and if there typically are many competitors around my age. Back before the Internet, most of us entered races blindly - having no idea of the field or the course unless it was printed on the race flier. You went with word of mouth but had to consider the source. You would pick up or be mailed a race flier and look for code words - like "rolling course" meant there were a lot of hills and "net negative elevation" meant the course was far from flat and you like wouldn't feel the "net" as much as the "elevation" (Hello, Charlottesville 10-Miler!). A trail run in or anywhere near a mountain range was going to be super hard and maybe single track with a lot of technical elements. Now
Read more

Is Your Music Slowing Your Pace?

- August 03, 2012
Longtime readers know I have a love-hate relationship with running to music. I am against using it in races and when it puts you in possible danger (such as running alone early in the morning where you may not hear cars or scary people approaching). But I also understand the value it produces; quite frankly I have a hard time on the rowing machine without it. A report from our local public radio station about a new app to match your pace with a songlist mentions how music influences effort. And how many of us may actually be slowed by the songs we choose. So why do we choose them? And is it better to have software choose them for us? I did notice my current playlist is all over the place. So is my running right now. Here's a 12-minute sample: Train: " Drive By " Florence + the Machine: " Shake It Out " Passion Pit: " Take a Walk " GroupLove: " Tongue-Tied " April Smith: " Colors " What about you? Do you use a computer
Read more 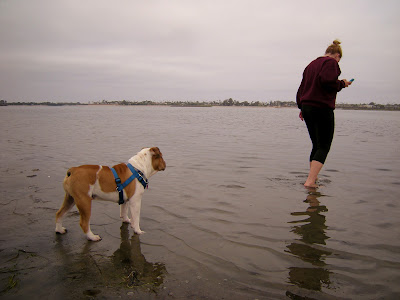