Showing posts from May, 2012
Show all

- May 29, 2012
If you blog from New York, you should be aware of a pending bill among your lawmakers that would force you to regulate comments on your site. From my experience, most of the blogs I follow already either don't allow anonymous comments or moderate comments to control what's said. I believe it's done more to filter out spam than it is to censor, but everyone has their reasons. It's also still possible to post pseudonymously, but part of the law requires linking that fake name to a real person's email, IP address and phone number that is then exposed if someone demands it. The New York law is an attempt to stop cyberbullying, but the law goes well beyond harrassed teenagers to grown-up business people and politicians. And if it does pass, you can bet it'll be challenged in courts on free speech grounds.
Read more

At Last, a Return on Investment 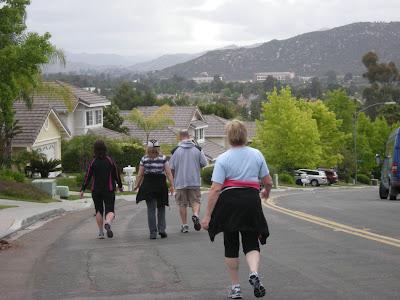 Carmel Mountain Ranch Between my work life and medical appointments, I no longer have much time to socialize, even at 6:30 on a Saturday morning. Thus it was a special treat to be part of a holiday weekend kick-off with the Saturday Run/Walk Group that included a hilly and breezy course, followed by a wonderful breakfast hosted by friends George and Li at their beautiful home in Carmel Mountain Ranch. Less than six hours before, I was lying in my living room as our daughter, who'd flown home for a bridal shower and bachelorette party, assessed my mobility, flexibility and stability since undergoing another round of physical therapy. I've definitely made a lot of progress from where I was more than two months ago, which was clinging to ice packs and ibuprofen as I waited for excruciating pain to pass. My daughter works at a physical therapy clinic in Davis and was able to counsel me on other exercises and help me with some good stretches. I didn't pass the assessme
Read more

Latina for a Day

- May 20, 2012
For as long as I’ve lived in San Diego, I’ve never been to Mexico. But yesterday I moved a step closer by spending the day one exit up from the border in San Ysidro. I worked at a community fair for a co-worker with a family emergency who assured me I’d be fine despite not speaking Spanish. Over the years, you pick up words and expressions but I’m far from conversational. I would, however, be sharing a booth with someone bi-lingual. So that is how I found myself in this shady park in a hardscrabbled neighborhood staring at Tijuana and the famous fence separating it from the United States. There was a small stage upon which we all watched ballet folklorica, an Azteca warrior ceremony, a wildly popular Zumba class and several rounds of karaoke. Being situated next to the tostadas booth had its advantages. But I was clearly at a disadvantage with the language barrier. And almost all of my materials were in English. Promoting memory impairment services at a weekend festival is a
Read more

Does Your Internet Usage Show Signs of Depression?

- May 17, 2012
A new, though highly limited, study being reported today , suggests those suffering from depression use the Internet differently than others. A Missouri University of Science and Technology study of 216 undergrads showed those displaying signs of depression tended to use file-sharing services, send email and chat online more than the other students. They also tended to frequently switch among applications, perhaps from chat rooms to games to email, which the lead researcher thought might indicate trouble concentrating - a characteristic associated with depression. And speaking of depression, last week a big study showed a link between middle-aged depression and later age dementia. It got a lot of play, because who doesn't seem depressed at some point in life, but clinical depression does alter your brain chemistry and so it makes sense that particularly those who go untreated are at higher risk of Alzheimer's and other brain impairment later in life. What I wanted to sha
Read more 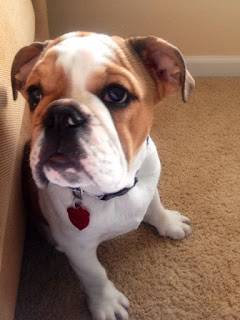 'Social Jet Lag' and Your Weight Up

- May 15, 2012
Do you stay up later and sleep in on weekends? Many of us do. There's an interesting piece on NPR about what one expert calls "social jet lag," saying that when we live on different schedules during the week vs. weekend, it results in feeling like we're in different time zones. One potential side effect is weight gain, much like when you travel East to West and vice versa and get thrown off your eat and sleep routine. Listen (or read) for yourself: Jet-Lagged By Your Social Calendar
Read more

- May 12, 2012
This morning I went on my first exercise excursion since injuring my back seven weeks ago. I took a walk along the beach in La Jolla with my Saturday morning group. It was warm, cool, overcast, serene, noisy and joyful as we all plodded through the sand, seaweed and smooth rocks freshly cleaned by a receding high tide. We had a pod of dolphins following us just off shore, and as we climbed along a rock ledge for a better view, the dolphins started to flip in the air. They were quite the showmen and for an instant I wondered if they were refugees from nearby SeaWorld. Maybe this is how they fish in the wild. It was definitely something I'll remember for a long time. We celebrated someone's birthday at a Del Mar cafe afterwards, and I forgot how the morning can carry you well into the day when it starts out this way. On the way to get groceries, I stopped for gas and encountered a huge fight at the pumps between a lone woman in a silver sedan and a family in an older model mi
Read more 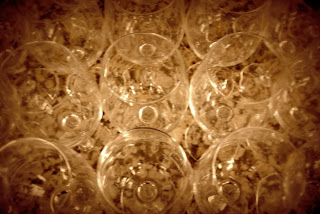 What's on Your Playlist?

- May 06, 2012
I love reading about what other people listen to while they work out. I'm not a big advocate of running to music, but that's mainly because of safety issues. At the gym, I crave the distraction. Someone at Yahoo gives a list of pop songs to run to . None are surprising and about half are on my playlists too. But it got me thinking why I choose what I choose. In the case of Lady Gaga or Black-eyed Peas, it's clearly the upbeat tempo more than clever lyrics. But sometimes I'm motivated by a slower song in which the words trigger a fond memory.  Tell me, do you find the tempo or the lyrics more important when you work out to music?
Read more

- May 04, 2012
Have you ever been reading something or writing up a report on how not to do something and thought: "Oh God, this is me." I just had one of those moments, and I don't even use Facebook. You may already have read about this elsewhere , but I want to make sure that you are aware of the real-world risks from what we do online. Especially on sites like Facebook that have a reputation for being fast and loose with its users' data.  There's only so much we can do to control what's out there, whether it's correct or not. We also use social networks to ... well, share. But unless we take precautions, people outside those networks are not only aware but selling our personal data without permission. This is the world we now live in. Be careful about what you post and where and be especially careful using apps or playing online games with friends -- they make it free for a reason. Even if you are trying to keep private details close, your friends may not.
Read more
More posts