Showing posts from May, 2010
Show all

Running this morning along my suburb's main thoroughfare, I started to recount each of the 12 men and women I briefly described in a memorial program I helped create a few weeks ago . Some had big writeups in their hometown newspapers, especially if that newspaper was The New York Times. Others had very little, so I had to go searching and found this site - the name escapes me at the moment - that lists each fallen soldier and allows family and friends to post a message or a memory, sort of like writing on someone's wall in Facebook. There was so much expressed grief and guilt in those comments it was sometimes hard for me to continue. In one case, a bomb went off just as an outpost shift was changing, and had the bomb denotated 10 minutes later, another crew would have been killed. Instead, they had to handle the carnage. In another, a compatriate wanted everyone to know that their son or brother or boyfriend had pushed him out of the way to take a bullet to the chest. Most
Read more

As Seen In Someone's Email Signature

Tuesday is the New Wednesday

- May 25, 2010
...For this week, anyway. Iron Mountain Hike from Run DMZ on Vimeo . (Featuring my friend Maxine, who invited me on this hike the other weekend.)
Read more

Turning Up the Heat

- May 23, 2010
I can't believe I'm saying this, but as I type we have the heat cranked in our house. It's May and it's San Diego. What the heck is happening? I thought it was just me. Yesterday morning I shivered through yoga, where I overheard others complaining that the indoor climate matched the sudden plummet in outdoor temps. Then this morning I ran through Santaluz under very low cloud cover and unusually stiff winds. I came home, got back into bed with a hot cup of chai but couldn't shake the chills (no pun intended). Moving On So near the end of today's run I saw a barefoot runner heading down a steep hill as I was chugging up it. I actually was moving faster than he was, despite his gravitational advantage. Then I noticed he was carrying sandals similar to the ones of the Tarahumara in Born to Run . It reminded me of a conversation I had with another nascent barefoot runner. He found it very difficult to actually run downhill because of the stress placed on his for
Read more 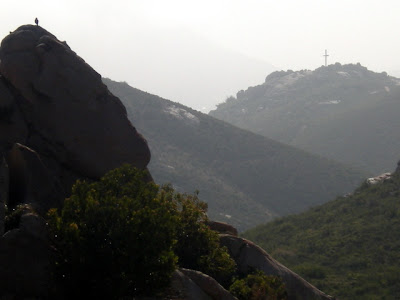 Warming Up Before a Race

- May 18, 2010
I just read this week's Personal Best column in the New York Times on the lack of scientific proof that specific types of warm-ups work any better than others before a race. Back in my competitive days, my pre-race ritual included several sprints for 10k or under races and about a mile jog before a half marathon. Then, I made the typically rookie call to "save my energy" and not run at all before a marathon. Suddenly, that became the norm and I merely walked and did some static stretches, if that. I'm curious: What is your warm-up routine for, say, a 10k? Is it different for a marathon? Here's the NY Times piece for reference: The Right Way to Warm-up Is (Your Answer Here)
Read more

The Road Much Traveled

- May 14, 2010
Here I am sitting in front of my laptop privately cursing another lost opportunity to get in a run—and it’s only 5:30 in the morning. Such have been my weeks for a while now, and I am suspecting the pattern isn’t breaking any time soon. I get up at all hours for what I consider important work—the freelance stuff that helps pay the bills and keep me sharp. (Well, as sharp as you can be at 4 in the morning.) Then there’s my position at a non-profit, which is threatened by the state due to California’s budget crisis. And this time it truly is a crisis if voters want to throw the elderly with dementia effectively out on the street, and right now they do . If I am up all night worrying, I cannot imagine what the families of our Alzheimer’s patients must be thinking. Meantime, daily living lacks its usual diversity. Calories get consumed but no longer counted. The gym bag remains in the bedroom corner. Laundry piles up, as do dust and bills, and my car is starting to resemble my closet. S
Read more

I never ran during my pregnancies. Between the intense morning sickness of the early months and the stomach strains and imbalance of the latter ones, I couldn't. Not to mention, most obstetricians back then would have told you it was not safe for you or your baby. So I downshifted to walks and gave birth to very healthy baby girls. This weekend the New York Times featured a piece on pregnant marathoners Paula Radcliffe and Kara Goucher . I remember reading an article in the early 1990s about a woman who ran a marathon well into her last trimester and was repeatedly jeered by spectators and some other runners. They shouted stuff like, "How could you be so selfish?!" Today, there seems to be growing support for running through pregnancies in general, but there also remains much debate about how much is too much. I went for a long run this morning along a favorite route. It's how I've started my Mother's Days for decades now. I'm still fortunate to have my
Read more

Death All Around Me 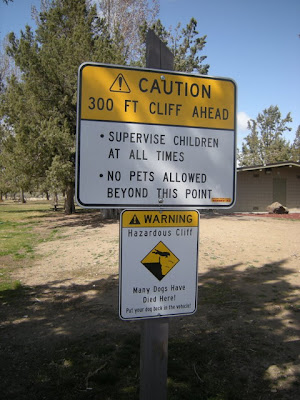 This week’s photo was from a park near my parents’ home in Terrebonne, Oregon. That natural open trench takes both your breath and, on occasion, someone’s life away. Everywhere are signs like this one warning you to keep small children and pets at a safe distance. Dogs especially. I’m busier than usual these days, and it's a good thing. Strangely, I’m staying up much later and still waking naturally in plenty of time to go for an early morning run. And the temperatures have been perfect for weekday, hilly 4- or 5-milers through my subdivision. This morning I heard sirens as I was switching my stopwatch to chrono and soon came upon an ambulance and fire engine at a neighbor’s house. I later learned someone had died in their sleep earlier in the night. Then today I began work on a new project. A restaurant in New York City is hosting a special event to honor recently fallen Dominican-American soldiers. My job is to create short bios to accompany their photos in a program. Readi
Read more 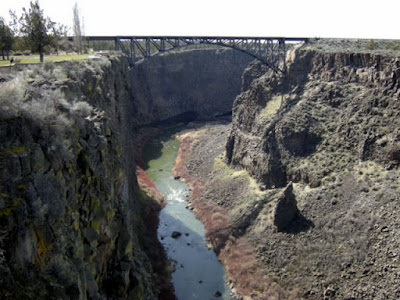 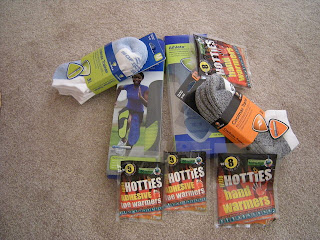 I was nearing the end of my Nike Pegasus shoes’ life span when a package from the folks at Sof Sole arrived for me to review. Six weeks later, I’m ready to report on my findings. I was given two different types of inserts, the Athlete and the Airr for women. Both are designed to provide maximum cushioning for high-impact activities, such as running. For perspective, I was coming off a four-month hiatus while allowing a torn achilles tendon to heal. Doctor’s orders were to ease back into running on super-soft surfaces. I’d just finished that phase when the Sof Sole goodies arrived. I tried the less expensive (retail $20) Athlete first (pictured here next to the original insert), which provides a gel heel and patented moisture-management system that also helps eliminate foot odor. What’s probably most worth mentioning is what I most didn’t notice: a major difference in the feel from Nike’s OEM insert. The medium arch and maximum padding were perfect for my shape of foot. I really did
Read more
More posts