Showing posts from December, 2018
Show all

The Surreal Surroundings of the Southwest 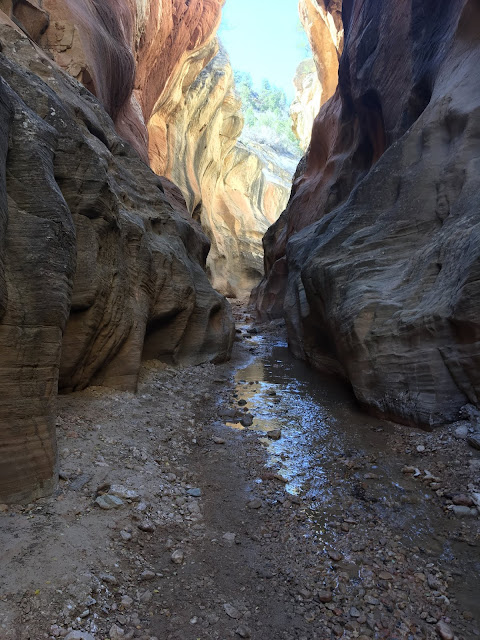 Kanab, Utah is a busy place for a tiny town. Resting on the border with Arizona, it’s a convenient place to fuel up and wind down in between day trips throughout remote southern Utah and northern Arizona.  Except Sundays. Most of downtown closes up for the sabbath, and I’m assuming special dispensation is given to those who must work at one of the few hotels or restaurants that cater to us non-Mormons. We were warned the place shuts down on Sundays, but fortunately for us we found a restaurant that not only was open, but served caffeinated beverages (and even alcohol!). Hallelujah. I’m not going to kid you: Living in a multicultural, big city, I wasn’t accustomed to the homogeneity. Not only was everyone white and blond, but most eateries had huge tables filled with sister wives managing a large brood. We were in polygamy country, but we also were surrounded by some of the most beautiful landscape I’d ever seen. The only non-white, non-blond employee I ever saw was
Read more

Finding My Footing in the Granite State 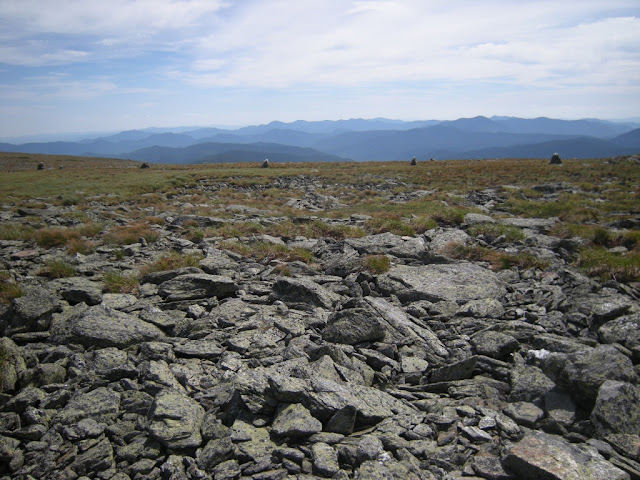 We were about three hours into the day’s hard hike when we took the first wrong turn. Then, about an hour later, on a slim path of slick granite boulders perched precariously along a cloud-dense cliff’s edge, we became consumed with death, specifically hikers who’ve perished, but in worse weather. By then I had broken my trekking pole, my shin’s skin, my shoe and my spirit. I couldn’t keep my backpack balanced, nor steady my fatigue-shaking legs. Anyone familiar with the Presidential Range in New Hampshire’s White Mountains knows it’s difficult terrain, but I didn’t. I hadn’t done all of my homework. I also hadn’t physically prepared as well as I could, consumed with work deadlines and a family emergency in the weeks leading up to the trip in August 2016. But our team of two was determined to “bag” five peaks that day despite high winds, rain squalls and poor visibility. So, ever the businesswoman, I did a quick SWOT analysis in my head – taking in my strengths (my endurance, h
Read more

5 Days in the Grand Canyon 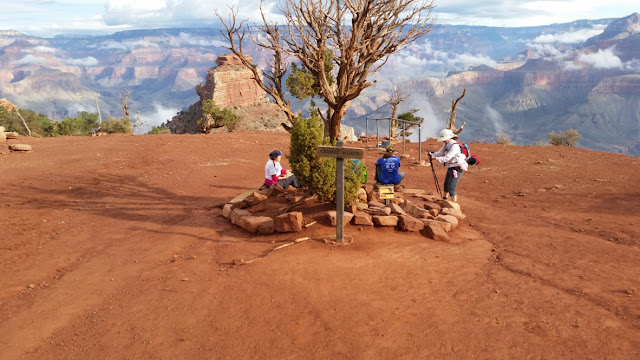 One reason young people are encouraged to backpack through a region, a country, or a continent is to learn how little you need to get by in this world. All of your essentials—food, clothing and shelter (and maybe money)—you carry with you. In October 2015, I got my chance to embrace such simplicity. My goal was to come out of the Grand Canyon a different person than when I went in, and I knew that could only come about with some discomfort. First though, I needed to shed some weight. The Bitch and Her Sister Sacks My friend Tracy called her 50-pound backpack “The Bitch.” Dory’s weighed a little less but looked more menacing on her tiny frame. Margi and Maxine somehow carried their weight without it looking difficult. Me? I never warmed to my 42-pound backpack, let alone gave it a nickname. It broke on the first morning of use and failed to fully accept it had to haul contents beyond its official capacity. A little later than expected, we pulled into Cottonwood campgrounds.
Read more

Plenty of Running (None by Me) 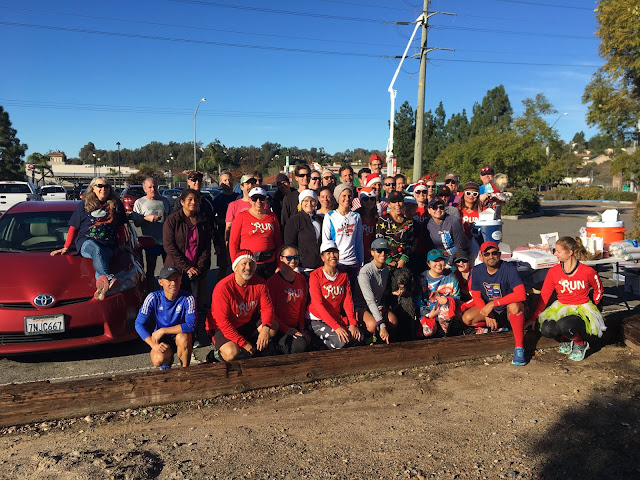 I sometimes forget what it’s like to belong to a running community. Not just any community either. I was part of the San Diego Track Club and for years the club—from weekly runs and Tuesday track workouts to volunteering and board membership—comprised a significant portion of my weeks and, quite frankly, life.  I’d belonged to two other running clubs before joining this one. The first was the Tidewater Striders, where other than “running into” some people from high school, I remained a lone wolf. Then we moved to Cape Cod and I joined the Falmouth Track Club, where I made some friends and enjoyed some excellent New England runs. But, again, I kept some distance due to my long weekday commutes into downtown Boston. I didn’t immediately warm to the San Diego Track Club either, but over time I grew to really enjoy everyone and felt like a part of a family. I looked forward to seeing familiar faces and developed deep friendships. I stayed in shape, too. Today, I got to feel a
Read more 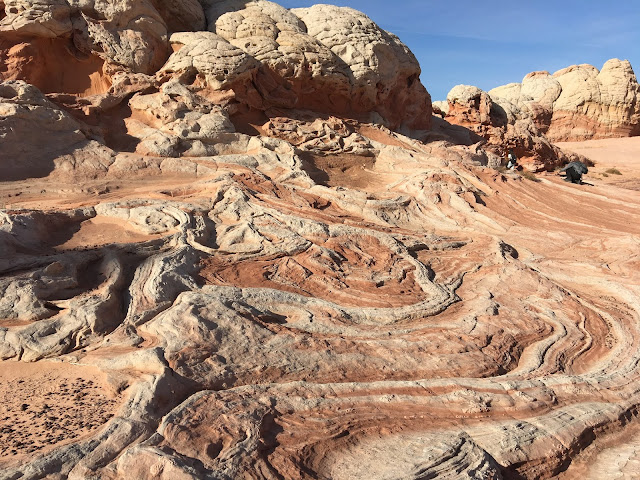 I mentioned when I returned to blogging that hiking is now my primary passion. I also mentioned I'm not very good at it. Coming up in three posts will be ramblings on three big hikes I did and what I learned from each. In some cases, I'm cheating a bit and updating something I wrote and published soon after the events because the thoughts still hold. As I pull these pieces together, I'll leave you with the "travel videos" I made to remember each very different trip. In tech parlance, I am co-locating these digital assets in case they disappear elsewhere on the interweb. I assure you they will never disappear from  my memory. First up: The Grand Canyon Hiking in the Grand Canyon from Run DMZ on Vimeo . Next: The Presidential Range Presidential Range Hike from Run DMZ on Vimeo . Finally: Points West Hiking in the Southwest from Run DMZ on Vimeo .
Read more
More posts