Showing posts from October, 2011
Show all

She Was With Us Until She Wasn't 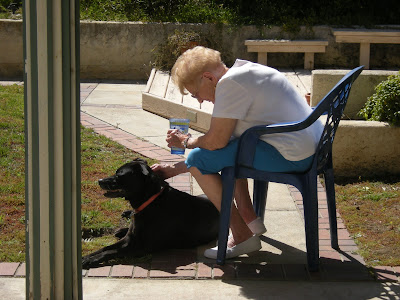 The two Grand Dames, as we liked to call Maggy and Grandma . She was a class act, right to her very last breath at around 9:30 a.m. today. I've replayed the last couple of days and especially the last few hours over and over, wondering if there was something I missed or something more I could have done. The early morning walk, usually our longest of the day, was made shorter because she didn't seem in the mood. I wonder now if that last walk was more for me than for her. She ate a few bitefuls of her last breakfast, maybe to be polite. A little later she asked to go out the rear sliding glass door, but I couldn't let her loose in the condo like I could at the old house. So when she went too far, I quietly called her back and she listened to me, ignoring what her canine soul was instructing. She walked back into the house and laid down in her dog bed. I am so sorry for the way I broke the news to Louise and Rolly. I am so sorry that she couldn't die with her own
Read more

Food Allergies: Not So Fast

- October 28, 2011
For decades I went through life believing I was allergic to Novocain, a common local anesthesia. As a result, I never was numbed when I had cavities filled or even an episiotomy during childbirth. (And epidurals? Forget it!) All because when I was 5 I fell off a see-saw and was knocked out. I remember the fall and next coming to as a doctor was stitching up my forehead. I was told my heart rate wasn't right after the injection and shouldn't take Novocain. That was in the 1960s, and I stuck with that story through a lot of painful procedures. Then this summer I went to a new dental practice for my first crown. Instead of taking my word, they conducted an allergy test because the formula had changed and - lo and behold - I wasn't allergic anymore. I now wonder if I ever was. This got me thinking about the sudden surge in food allergies and this article I read earlier in our local newspaper . It seems to buck against evolution that we're becoming less tolerant of our
Read more 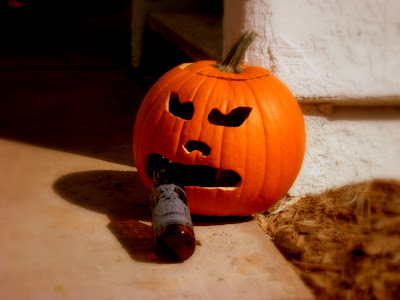 - October 23, 2011
My friend Deborah described the Light the Night to Stop Crime 5k as more of an event than a race. After experiencing it last night, I tend to agree. The race starts at 7 p.m. by the old Naval Hospital in Balboa Park. You don't actually run through the park but alongside of it on Park Blvd. We arrived in plenty of time to find great parking, get our running numbers and glow sticks, check out the expo, use the portable toilets a time or two and, for a couple of people in our group, get first dibs on the taco plates that typically are a post-race meal. (They actually were smart -- and walking the course -- because the lines later would be really long for just about everything.) This race is under different management now, so we had chips to accurately record our times. That said, the start is chaotic as people with strollers, dogs, walking groups and lots of costumes cram as close to the start as they can. I felt disoriented initially, mainly because it was dark and crowded and I
Read more 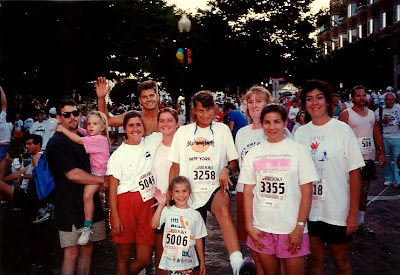 I was trying to think of the last true night race I did and best I could recall it was the annual Rockville Runfest 8k in Maryland that our family did for about four years in a row. Then we moved and that was all she wrote. Those that have followed our family can guess at how long ago this photo must have been taken (I'm in pink shorts), given the little girl with the number was in kindergarten and now she's a kindergarten teacher. And the one being carried by her dad is now 5'8". With night races, you don't have to worry about waking up on time, but you do typically hit more traffic. You must manage your fuel and your day differently. I remember this vividly from the Niantic Bay 10k my girlfriends and I did a few years ago in coastal Connecticut, but that began and ended in daylight. Tonight I'm again running after dark, this time at Balboa Park. It's a 5k to benefit San Diego Crimestoppers and it's kinda cool that our group is part of the San Die
Read more

Lots of 'Footage' from Camp Pendleton 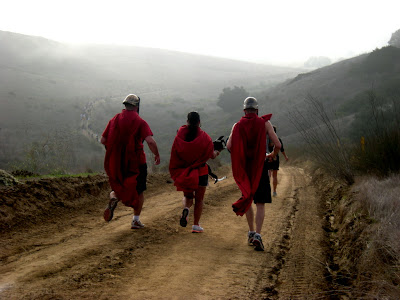 When I say I was on the fence going into this morning's cross country 10k, I mean it literally. One minute I was on one side planning to run the 5k and the next I had hopped over to join the 10k runners with less than 2 minutes to go. I've got a fairly serious injury - bursitus of the hip - and that led to the decision to downgrade. But then I thought, What if this were my last race ... ever? Wouldn't I want to soak in every dusty footfall, every parched petal on the course? Wouldn't I want to at least say I didn't sell myself short? So there I was with 1200+ others hitting "the hill" just as the sun broke through the marine layer. As a result, I saw this challenging course in a whole new light. This one requires a high degree of concentration and stamina, but I decided to document the run in pictures and held onto my trusty Nikon so I could capture a little of what makes this final race in the Marine Corps' Hard Corps series so special. Because
Read more 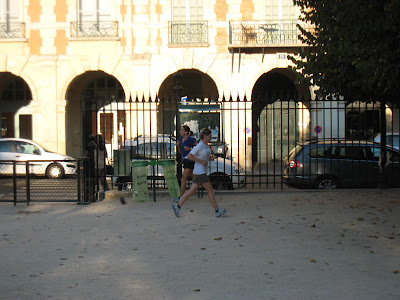 Photo of Place des Vosges in Paris by Deborah J. Thanks!
Read more

Help Jessie Get Out of Iceland

- October 07, 2011
Longtime readers of Run DMZ may recall my good friend Jessie, who served as confidant when we worked together and companion when we were "in transition" a year later . Jessie is getting married in two weeks, but not where she planned. About eight weeks before the date, she went to put down the required deposit for their dinner reception and learned this place had double booked and dropped their reservation. This also put the ceremony location in Quantico, Va., in jeopardy and, long story short, she cried hard, cried a lot, and then booked a harbor cruise for both ceremony and reception and at a very pretty penny. She's been super stressed since. Well before the wedding/reception went south (or, rather, north), she and her fiance Duke thought it might be fun to have friends and family choose their honeymoon destination. And Duke's friends thought it would be hilarious to send them to Iceland. So they voted en masse and Iceland pulled waaaaay ahead in the poll. Jessi
Read more

Advice for Life from Steve Jobs 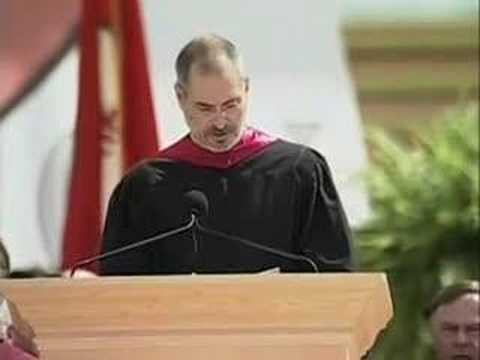 I may not be Apple's biggest fan, but I always admired Steve Jobs for his vision and for this speech he gave in 2005. And I'd always meant to post it on this blog, since I listen to it at least once a year. If you don't want to watch and listen, here's the transcript .
Read more 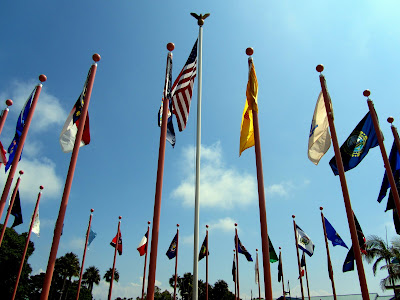