Showing posts from February, 2011
Show all

A Pause, With Cause

- February 26, 2011
First I was forced to bail on Friday night’s Ecuadorian-themed party and now, as I listen to the rain rushing through the gutters, I just let folks know I’m a no show for this morning’s group run. Worse, I’m starting to wonder if I can make tomorrow night’s Oscars party. This is so not like me. My lower back has bothered me for most of the week and now it’s starting to cramp my social life. I’ve been doing research and have narrowed possible causes to the following: (a) pulled muscle while rowing (b) particularly painful PMS (c) kidney infection (d) cancer I unsure if it’s my mind playing tricks or if the pain really does go away when I run, but yesterday I decided the aftermath no longer is worth it. So I’m taking the day off and demanding the other adult in the house do the heavy lifting. By tomorrow the skies will be clear. My head will be clear. That stack of dirty laundry better be cleared too. Right now, though, can someone hand me that bag of chips and the remote?
Read more 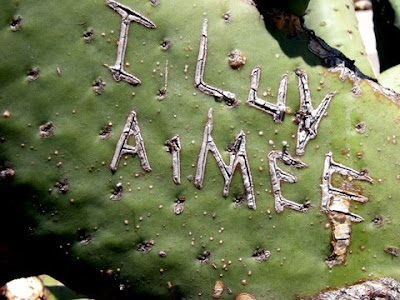 Why Motrin and Marathons Don't Mix

- February 21, 2011
When I read someone's bonked in a big race, especially an Ironman or ultra, I often ask in a comment: Did you take painkillers before or during the race? They almost always say yes. I ask because I once had a terrible experience with the drug during my last marathon and have since done a lot of research. Most recently, an article in The Los Angeles Times underscores the dangers of taking over-the-counter painkillers during heavy-duty exercise , like a marathon or ultra. Researchers have been using Western States participants as guinea pigs and discovered something every endurance athlete should know. After the race, runners who had taken ibuprofen showed signs of mild kidney impairment as well as mild endotoxemia, a potentially dangerous condition in which bacterial toxins present in the large intestine get into the bloodstream. . . . The drug also failed to help performance or recovery, the researchers reported in that paper and others. Both groups of runners reported equivale
Read more 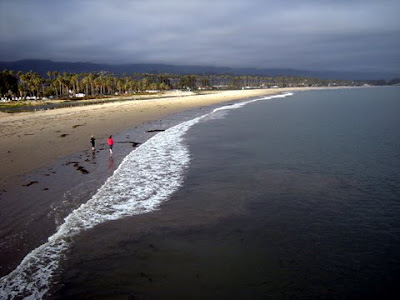 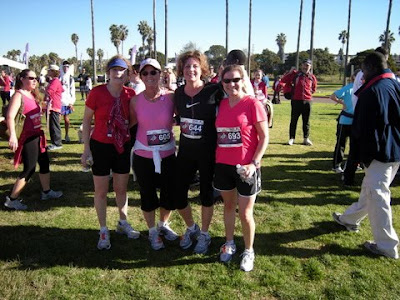 When I saw my friend Marison finish this morning’s 10k, I gave her a light hug. I really should have given her a big kiss on the cheek for letting me know about the all-women Mermaid race series, now in its second year here in San Diego. The half marathon, 10k and 5k courses begin and end at Tecolate Shores in Mission Bay Park. We arrived in plenty of time to park close to the start/finish and expo, filled with vendors who were quite generous with freebies. My refrigerator is full of food and my swag bag is bulging. And – get this – I never saw a long line to use the portable toilets. I think that’s a first. We were blessed with perfect running weather – full sun and mid 40s at the start. Our 10k started 15 minutes after the half marathoners, and the 5k runners were 15 minutes after we were off toward Fiesta Island. The course is pancake flat, and the nice headwind along the westside of the undeveloped island was appreciated as the sun bore down. I don’t run races with music, but a
Read more 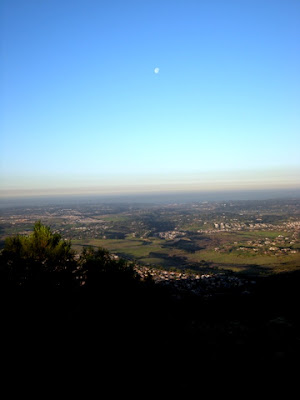 Champions Before They Start Sweating 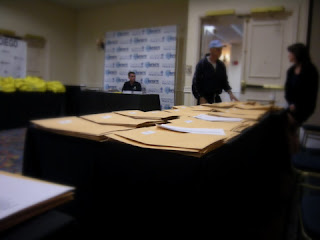 I can't attend tomorrow's USATF National Cross-Country Championships, so I did the next best thing and volunteered for a few hours at packet pickup today. Along the way, I got to see everyone mentioned in this woman's blog post ... except that woman and her family. They came in before I arrived for my shift. But I did get to see a lot of familiar names and faces and talked to a few, including a blogger I've been reading for years . The setup itself was pretty simple, which was a nice break from the mega expos that seem so commonplace. But then again, this event is for the elite, not the masses. I'd like to say there was something extraordinary, but really there wasn't. Nobody acted like a star or prima donna, and nobody asked for a T-shirt larger than a small for women and medium for men. In fact, we who volunteered were perplexed by the decision to provide large, XL and even XXL shirts. Less than a handful asked for one. Small in size. Big in talent. No
Read more 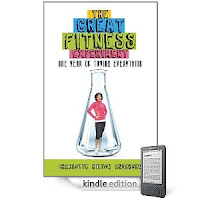 Here's a post you may wish to read and comment on over at Amazon. The author disputes weight loss strategies that focus on cardio exercise and particularly running. Consider her opening paragraph: Running is the gold standard of fitness. Not only is it touted as the ultimate fat burner, but you get bragging rights at every social function from fiestas to Facebook. If you're looking to get fit, the first thing you do is strap on those running shoes and hit the pavement, right? That's what we've all been taught, anyhow. Friends, we were taught wrong. Read more .
Read more

Are You Raising Money for Charity?

- February 01, 2011
If you plan to raise funds for a favorite cause through a marathon, triathlon or ride, you may be interested in a webinar next week that I just stumbled upon. Marathon Fundraising Success Date: February 16, 2011 from 1:30 to 2:30 pm EST What differentiates top marathon program fundraisers from underachievers? To get to the bottom of this question, First Giving analyzed the performance of 907 Boston Marathon runners who collectively raised more than $2 million for nonprofit organizations in 2010. Join us to learn how the timing, volume and messaging of fundraising messages can dramatically impact fundraising outcomes. All teleconference participants will receive a free copy of First Giving's "Marathon Fundraising Success Guide." I do not have any affiliation with First Giving nor RunWalkRide.com, but I recently heard/viewed an excellent webinar by one of the presenters.
Read more
More posts