The Upside and Downside of Hiking with a Guide 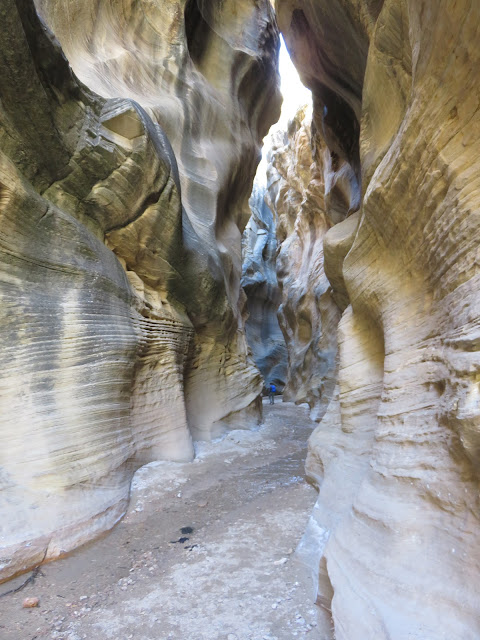 I’ve been thinking about why some of us use guides and others don’t when venturing into unknown territory, especially tough, multi-day hikes. A guide sets the pace, makes sure you don’t get lost and can provide local lore and points of interest you might miss on a solo trip or one with friends. They also carry first aid items and monitor members for signs of hypo- or hyperthermia, dehydration and other common medical conditions.

But you also are tethered to a team that might not have the same objectives, pace or experience levels. This can either slow you down or force you to go faster than you prepared. Your guide may be having a bad day or just be a general jerk, which casts a trip in a different light. You might get disparaging looks from others on the trail for taking up so much space. And, guided hikes cost more than do-it-yourself ones.

My friend and I had a guide when we went to South Coyote Buttes, mainly because we didn’t know how to reach it on our own and weren’t so sure her SUV would manage the dicey road conditions. With water in such short supply in that part of the Southwest, I wasn’t keen on getting lost and filtering my urine to stay alive. By contrast, my two backpacking  hikes in recent years were done without a professional guide and I did just fine. (Well, OK, eventually I did just fine. I tanked both times due to poor conditioning and lousy weather conditions.)

I’ve been thinking about the role of guides since reading Ty Gagne’s Where You’ll Find Me: Risk, Decisions and the Last Climb of Kate Matrosova about an experienced hiker who nonetheless showed poor judgement while trying to traverse a section of the Northern Presidential Range in winter. A friend and I did the same hike (with fewer peaks) in reverse a few years later, but in better weather. What stood out to me (and other readers based on reviews) is the risk Matrosova took because she had done difficult climbs before—but always with a guide. She tried to recruit people to join her for this one but couldn’t find any takers to hike through snow, high winds and sub-zero temps for 13 miles in one day over a President’s Day weekend. The author opens with his own troublesome winter hike to the same range to lend the book credibility and also stage the scene for the 32-year-old investment banker’s ill-fated adventure.

There are a number of elements in play during Matrosova’s journey up the Valley Way Trail and above tree line where there’s nothing to shield you from the range’s brutal weather. From what we learn, this young woman originally from Siberia was quite fit physically and used to accomplishing everything she set out to do. Eventually she took up hiking and quickly began climbing seriously high summits like Kilimanjaro in Africa, Denali in Alaska and Rainier in Seattle, etc. But there was one thing all of these trips had that the one to the White Mountains did not: a guide.

By climbing with a group led by a local expert on all previous expeditions, Matrosova convinced herself she could manage a range she’d never experienced before in conditions that common sense said were too dangerous. This made me think about something else guides take on: a lot of the psychological load for the group. You don’t have to think as much about your surroundings, your course, maybe even your pack load because someone else is being paid to take that burden from you.  Mastrosova missed that part, I think. The contents of her pack suggest she was overly confident in her pace and didn’t consider proper nutrition or overnight provisions that might have helped her reach tree line instead of being found frozen to death between two summits. Given the highly competitive, risky world she worked in, she probably believed she was more capable than she actually was. Make no mistake: hers is not a case of being stuck in a sudden storm. It was already raging overhead when she started her ascent.

Of course, the book’s made me itch to get back on the trails. I’m OK if they are a little crowded when I do (but not so busy that it’s hard to maintain social distancing). After reading about the perils of Matrosova’s misadventures, I’m starting to think a little company on a course isn’t so bad. At least for now.

A big thanks to my friend Jeanette for the photo of me at Willis Creek in Grand Escalante National Park. A retired master guide, Gary, was with us, but not in camera range on this shot.

Black Knight said…
Nice post. I am a sailor and the mountains are an unknown world for me; in this case I prefer to follow a guide. 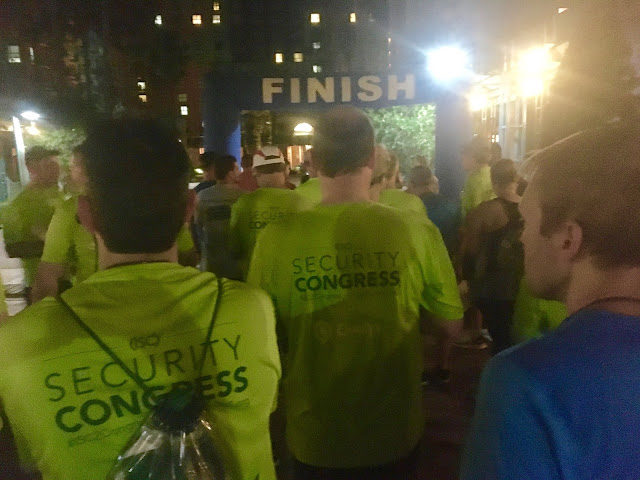 Every year I attend a cybersecurity conference that this year was held at a resort at the Walt Disney World in Orlando and included a 5k fun run. When I hear “fun run,” I think more of the all-comers races of old, where you show up at a certain time and place and everyone runs a course. Very loose and freewheeling and free.
When I went to register and discovered this fun run was $30 and included a technical T-shirt, branded water bottle and plastic bag, course marshals, official start and finish line, professional timing and post-race medals and certificates, I was impressed. They even had awards for the top three male and female finishers.
It was exceptionally hot in Orlando (though nothing like the heat and fires back home in California right now). The inaugural race drew about 70 participants and began at 6 a.m. (which felt like 3 a.m. to me) with 77 degrees and 100% humidity. It was still pitch black, but it’s Disney, so there were employees sprucing up the grounds before guests ar…
Read more 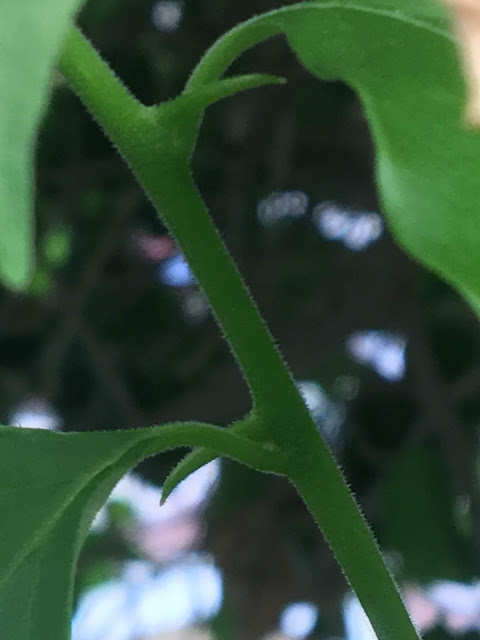 Here’s the thing about running through the decades: The injuries pile up.
In the early years, it’s from being too ambitious and overtraining. In the latter years, it’s from being too ambitious and tripping. And with either age group, freak accidents seem to happen only after officially signing up for a race.
I’d no sooner accepted the online waiver and punched in my credit card data when I was felled by a wayward bougainvillea stalk. These beautiful plants (ours is the size and shape of a tree, but I think they are technically a shrub) need to be periodically trimmed, and sometimes the landscapers you hire don’t pick up every stalk. And these stalks have “prickers” – big ones, too. And one such thorn stuck in my foot after I stepped on it because I wasn’t paying close attention to my surroundings.
I didn’t think anything of it, other than “ouch.” I was wearing thin summer flats and the plant pierced the pleather and lodged into the outside of my left foot. I pulled it out, threw the …
Read more

Getting Ahead of the Curve 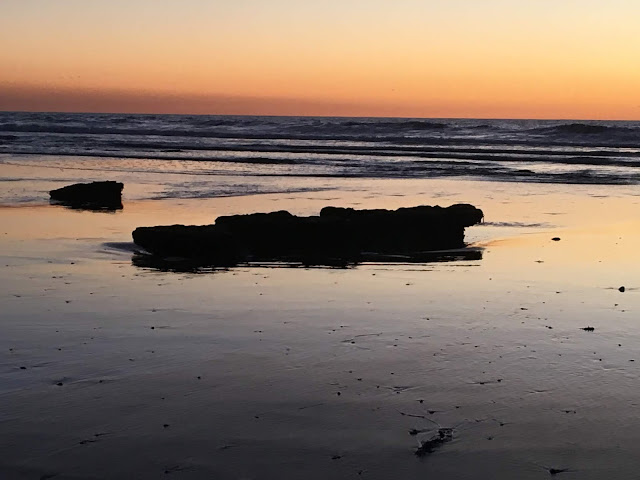 In 2010, social scientists asked some 340,000 people in 72 countries to rate their happiness using a 0 to 10 scale over a series of questions. The charted results of that seminal study resembled a U-curve, indicating people generally were happy in their 20s and 30s and then start to hit rough times in their late 30s/early 40s, reaching a low point in their early 50s before bouncing back up around 55 and beyond.
One theory for the mid-life dip is that we realize, to paraphrase George Bernard Shaw, we’ve gone from being a man or woman with a future to a man or woman with a past. Certain achievements are cut off—like running a Fortune 500 company after toiling away as a mid-level manager or running a sub-3-hour marathon after decades as a mid-packer. We also start to suffer the unintended consequences of earlier lifestyle choices: having too much house; addictions; divorce or desertion; diabetes from a poor diet; arthritis from too many miles run on roads; etc.
By the study’s standards,…
Read more